In common with many YouTubers, Matt didn’t want any copyright issues on his channel. So, to play things safely, he obtained the track ‘Dreams‘ by Joakim Karud from YouTube’s very own audio library for use in his intro. Unfortunately, this strategy of obtaining supposedly risk-free music from a legitimate source still managed to backfire.

Very early last Friday, Matt says he received a “massive barrage” of emails from YouTube, targeting “pretty much all” of his KSP videos. The emails said that Matt’s videos “may have content owned or licensed by SonyATV, PeerMusic, Warner Chappell, Audiam and LatinAutor.”

‘Dreams’ composer Joakim Karud allows anyone to use his music on YouTube, even commercially, for free. And the fact that Matt downloaded the track from YouTube’s own library was the icing on this particularly bitter cake.

“So I guess this library can’t be trusted at all,” says Matt. “YouTube might just remove songs from it after the fact and then shrug off any consequences for videos that use that music as you know, shit happens.”

Matt said he had to time out to manually protest the automated claims against his account but he says his overtures were immediately rejected, “almost like it’s an automated bot or something.” But things get worse from there.

After contesting each claim and having all of those rejected, Matt says the only option left is to appeal every single one. However, if an appeal is lost, the video in question will be removed completely and a strike will be placed against his account.

It’s three strikes and you’re out on YouTube, so this is not an attractive option for Matt if the music companies somehow win the fight. So, instead, Matt is appealing against just one of the complaints in the hope that he can make some progress without putting his entire account at risk.

This is why I no longer include copyrighted music in my youtube videos. I have included it in the past, because music is fun! But ultimately it's not worth the hassle.

I deeply appreciated this clear set of ten guidelines to help new contributors get started in any open project. Seems there's a lot of wisdom here for software teams in the workplace as well.

Rule 2: Help potential contributors evaluate if the project is a good fit [...]

Behind every complaint is a desire, and so the name of the game is my attention is this magic wand, and whatever I put it on grows. And that’s like friendship and love and music and fashion and exercise and consciousness and strength and beauty and sex and flowers and nature and traveling and family and honesty and…

Julia Nunes in a new interview on her latest album, cancel culture, self care and living in a world of ups and downs. Recommended.

I'll be honest, I kickstartered her new album. I listened to maybe a song and a half. And I put it on the shelf and said woah I have to be in a different place to get into this. And then I forgot all about it.

(Don't get me wrong. I'm still gonna pick up her next album, whatever it is, day one.)

What captivated me about her early videos was that I saw them and thought immediately, hey, I could do that. Why couldn't I do that? The whole process of making the video was right there documented in the video itself. One day, one of her songs inspired me to make my own cover of one of her other songs. And her vocal range is close to my own so I can sing along without too much fussing and straining.

So whenever I think of Julia Nunes, I think of the value of just jumping in and doing whatever you can to make something happen, push that needle a little bit, move the ball forward, and create with what you have available at the time. 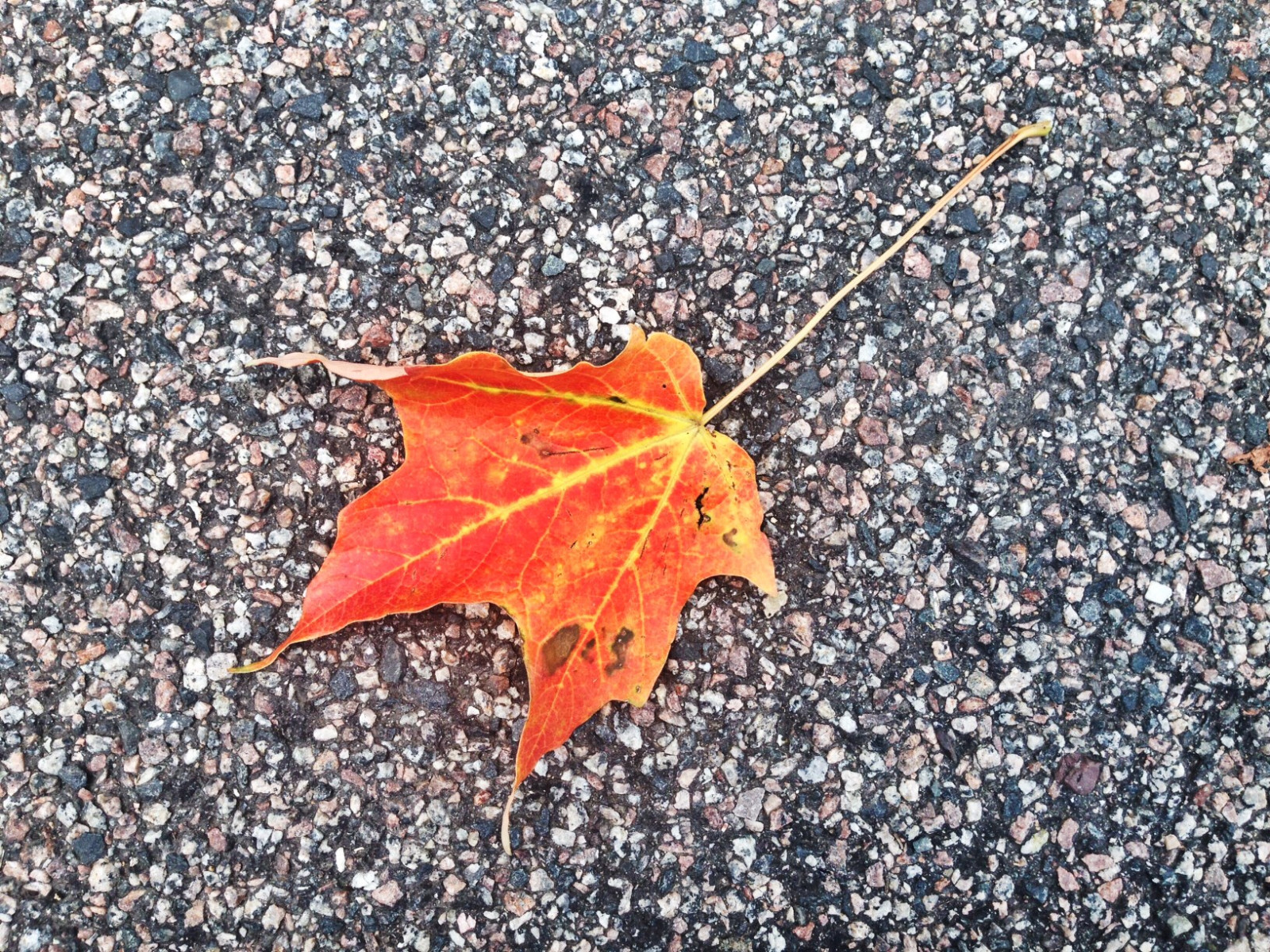 One thing I have been trying to do this autumn is stop and appreciate every leaf that catches my eye. I mean, I'm not taking photos of every one. Instead, just stop and be thankful for this little transient miracle that fell to earth.

I have picked up a couple of leaves and brought them into my office. And on one hand I know this is true but on the other hand, it's a little shocking how fast the leaves dry up and turn dull and brown and lifeless.

<strong>As for the synth,</strong> I've been super busy and not had much time but I have nailed down the analog filter for the VCO, now I am working on laying it out in SMT. I just had a real heck of a time orienting myself around SMT layout, and I still do. First off, I'm still getting used to only working on one layer of the PCB (yes I know about vias, but I find it hard to place them. I'm just iterating through this as, place related components together, rotate, try to route them, move them around some more.... etc. For something like this board, that has an analog ground and a digital ground, as well as some "high interference" PWM traces, I have some additional layout considerations I have to work through and it's not always easy.

Additionally, I think something just doesn't feel right with the KiCad defaults. The grid is off? Mixing 0603 and 0805 passives leads to some weird alignment issues, and I just don't get a nice orderly grid snappy in place feeling. I'm constantly fighting the router tool, it wants to jag off in weird ways I'm not expecting. I think a more experience will help, but I also think I could be changing some settings to get a better experience, I just don't know what those settings are. 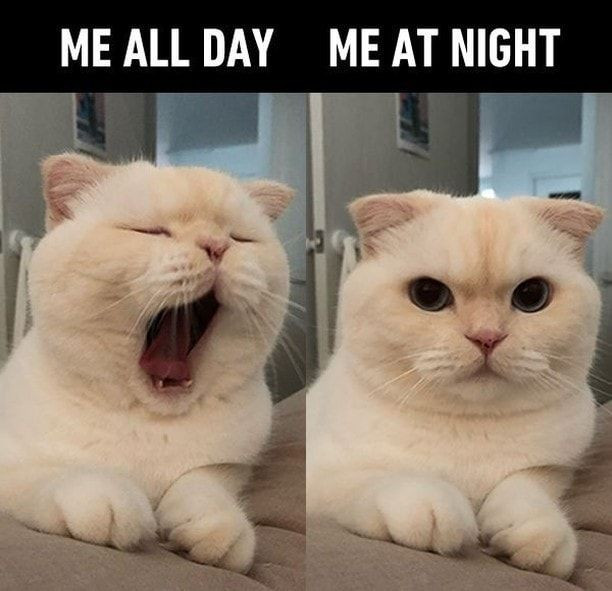 Polaroid has this cool new smartphone printer that is basically a projector in a box that projects your photo from your smartphone on to traditional Polaroid instant film.

As soon as I saw it, I thought, wait, didn't I use an iPhone to make a picture once? After a bit of digging, I found my Flickr album of when I used an iPhone and an old camera as an enlarger back when we lived at our old apartment.

I would insert an image here, but I disabled downloading of images on my own Flickr and can't find it on my computer, so go to Flickr to see what I did. Basically, put the camera lens down, place film negative on the back of the camera, place custom light box (with appropriate contrast filter!) atop of the camera and film, etc. It was the original iPhone. And I only used it as a light source. The exposure time on the paper was over 10 minutes, due to reciprocity failure.

Anyway, thinking of that then reminded me of making contact prints with a monitor and photo paper, another wholly unpractical method of making photos.

Super interesting to watch the team work through how much power the pedal board will use, what they think the whole thing will sound like, CAN THEY GET A CLEAN TONE? (h/t Miscellaneous Heathen)

Tonight I finally got my first prototype filter mocked up for the 8 bit VCO. Okay, technically that's not true, I've made four separate output filters so far. But they've all had problems one way or another.

The first one, a passive filter, was just too rough. Second one was alright but I lost my paper with the component values on it. Easier to just design it all over again.

Third was a too aggressive 3 db ripple Chebyshev Sallen Key filter that ultimately had some strange aggressiveness in the high end when you mixed several VCOs together. I later learned that a Sallen Key filter can stop filtering in the stop band and boomerang back up and start passing more high end, and I suspect this was a contributing factor (could have been the ripple though).

Fourth one (the one I've been living with for the past 6 months) was another passive filter, but even worse than the first. (That's alright because I largely used it to prototype the LFO stuff I was working on.)

The problem I had with the first three designs is I just designed them on paper, implemented them on a PCB, and then lived with whatever happened next. So this time, I resolved to actually prototype something.

Now I have another 6 designs ready for testing. Tonight I finished up the prototype of my first design and... it sounds pretty good! So much better than the garbage I was living with before. It's a 3 stage multiple feedback filter, and I'm trying to decide if I keep prototyping or not.

One design I'm fairly excited about is a five stage filter, but to be honest, eventually I have to put this design into an SMT PCB. And, unfortunately, with the ongoing MLCC shortage, it's going to be a massive pain in the neck to get a decent prototype of an analog filter with 0603 capacitors. I'm going to have to redesign parts of this filter every time I order new caps, because they discontinue these packages so quickly, and they're always coming out with tweaks to the dielectric. So the thought of adding another two capacitors to this filter.... I can feel the annoyance level rising.

(I know that the above paragraph makes me sound like I know what I'm talking about but I've never actually built one of these filters in SMT in real life (yet!). But I have taken a few of my on paper prototypes and attempted to source some parts and the MLCCs are enough to drive a person completely bug nutty.)

All that to say I'm fairly happy with how the filter turned out tonight. My wife came into the room and she thought I was playing an Atari game!

Next steps are to tweak the filter values a bit, and look around for my design notes for the 8-bit VCO to see what was left in terms of software tweaks that it needed.

I feel bad when I spend a lot of time on this site that makes things better for me to administer the site, or SEO or whatever, but ultimately isn't making new posts.

But that's what happened today!

Ah, I will make a sitemap. Research what I need to do to make that happen on Drupal. Pick the right module. Try to install the module using Composer, since I just got the site set up with Composer.

Turns out Composer needs a lot of RAM. Lots and tons and gobs. Okay how do I add more swap space to Linux again?

Finally, got the module installed, oh I have to adjust the permissions. Oh, more permissions and then by the time I get done making the sitemap, I'm like... eh? I guess it worked?

I guess it was fun going through all my old content and seeing what was there.